Because raccoons are normally nocturnal, it was quite a surprise and a shock to see this big ‘ole raccoon wandering through the yard during the afternoon.  She waddled across the lawn around the same time nearly daily. We thought this very odd.  And then she stopped coming around.  That was fine by us.  Boobear didn’t like having her trampoline time interrupted by a potentially dangerous wild animal. 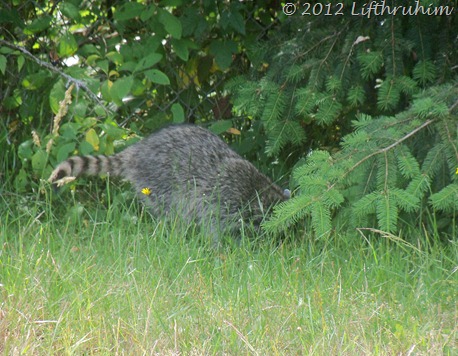 Then one day the raccoon returned.  She returned with her  family.  Not one, not two.  Not three like we thought but FOUR.  Yes, four baby raccoons.  Running, playing, climbing, and looking adorable.  I think we enjoyed watching them as much as they enjoyed the outing with their mother. 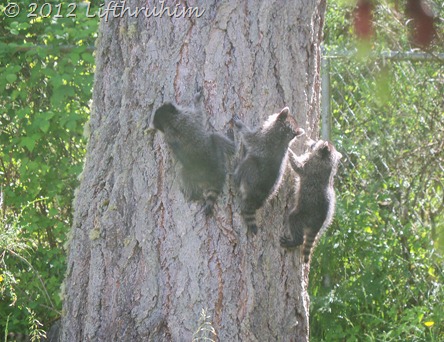 I love watching the wildlife in our backyard.   Sometimes it’s like having zoo right out my back door! I enjoy the birds, squirrels, chipmunks and the raccoons.  The snake?  Not so much but that’s a topic for another Backyard Wildlife post.