It’s been several weeks (months??!!) since I’ve participated in Debbie’s Think Back Thursday Meme.  I really enjoy the the Think Back “meme” because it’s fun to hunt for pictures to fit the theme! I know today isn’t Thursday but thankfully, Debbie’s Digest keeps the link open for the whole week so I can post when I want. This week’s theme is “rocks.” 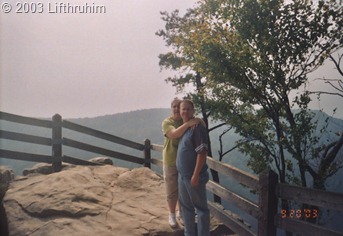 We were on vacation in Kentucky visiting my Grandmother. On this particular day we’d left the girls with family while cousin Clint took us for drive to the State Overlook.  Grandma lived in Kentucky but if you climbed to the top of her mountain you could look into VA.  I don’t remember if we were in VA looking at KY or in KY looking at VA but at one point Clint, who reminds me so much of my dad, pointed and said “that’s the mountain.”

A few months earlier, Honeybear had come back from a 9 month deployment to the “giant sandbox in the Middle East.”  We had taken a long weekend to drive along the coast.  Here the girls are standing on rocks somewhere along the WA pacific ocean coastline. 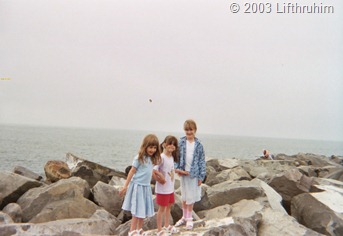 The years quickly roll by but the girls still seem to love standing on rocks.  This next picture was taken just a few weeks ago on a day trip up to the Strait of Juan de Fuca.  It was very windy that day. 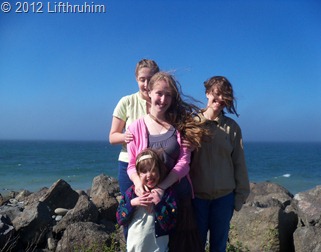 I’ll finish this up with an individual picture of each of the three “big” girls from oldest to youngest. 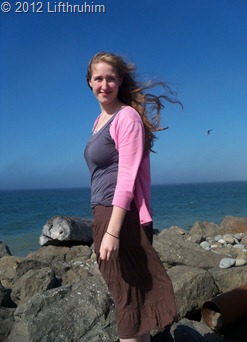 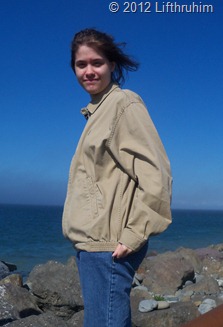 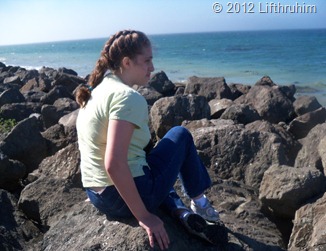 Think Back Thursday is hosted by Debbie over at Debbie’s Digest.  Come check out the Rock posts and add one yourself!