B is for Berries and C is for Close-Ups

I got very busy and just couldn’t squeeze out a blog post for the letter B for Marcy’s “Blogging Through The Alphabet” meme so I’m combining two letters and  two memes.  I have not participated in Debbie’s “Think Back Thursday” Meme since the end of August!  Where did the time go?  This week’s letter is C and this week’s Think Back Theme is Close-Ups.

We have a blackberry bush in our back yard.  Here in the PNW wild growing blackberry bushes are generally frowned upon by civilized people.  Those of us who would like to garden but for whatever reason can’t, are grateful for these wildly growing bushes because then we feel we’ve grown something.  (OK maybe it’s just me LOL)

I’m hoping to get enough blackberries to combine with some other berries to make some Bumble Berry Jam.  Or at least some to eat with cream for a dessert.   Our bush is not in an ideal location and the berries are much later than usual this year so it’s not looking too good but I am stubbornly clinging to hope.

This is the picture I took last week while playing with the close up zoom thingy on my camera. The plant doesn’t look healthy but look there’s a couple of ripe berries! 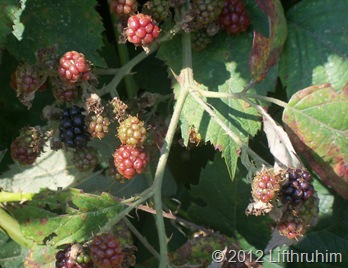 About 6 weeks (give or take a few days <grin>) we took a day trip as a planned “staycation” activity.  My daughter and I caught these blooms on close up. 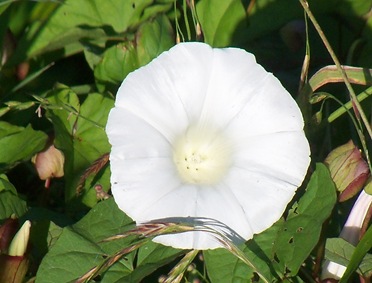 This post is linked up to both Ben & Me and Debbie’s Digest for both Blogging Through the Alphabet and Think Back Thursday.