Yesterday when I linked up my Silly Post for Debbie’s Think Back Thursday, I noticed that this week’s theme is Black and White.  This brought to mind the images my daughter created while playing with the black and white setting of the digital camera.  Photos like these: 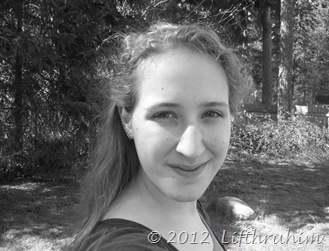 The above photo is a self-portrait of BooBear.  She likes playing with the camera.  I think the camera likes her!  The photo below demonstrates Supergirl’s love of the camera.  She loves having her picture taken anytime, anyplace, black and white or full color! 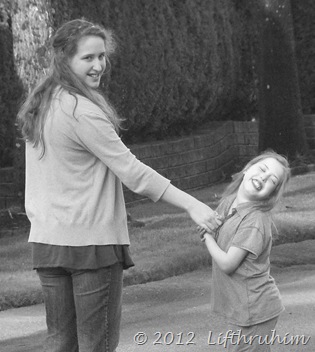 I found the next picture irresistible.  Of course every time I look at it I can’t help but hear Madonna sing the phrase “strike a pose”.  Turtlegirl tells me that she was demonstrating to Tailorbear how to strike a pose. 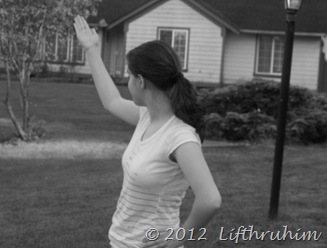 But as I searched for those pictures I found other pictures, that while not photographed in black and white cried out to be included because they were black and white themed.

Our digital piano didn’t just boast ebony and ivory colored keys but the case itself was black.  I picked a photo that also included a bit of sheet music: black notes on white paper. 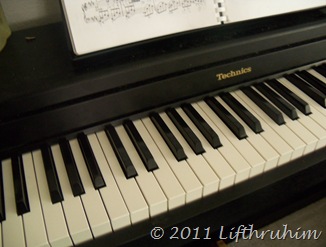 I knew that the black and white photos I wanted were taken in spring so I went searching through digital files with spring dates and I found this picture of a chocolate cross.  That year we gave each of the girls a chocolate cross in their basket. 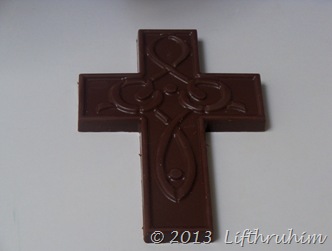 Confession time, the sphinx replication inspired my deviation from straight black and white photography to searching out photos to fit a black and white theme.  Snow is white and his eyes are black.  Works for me! 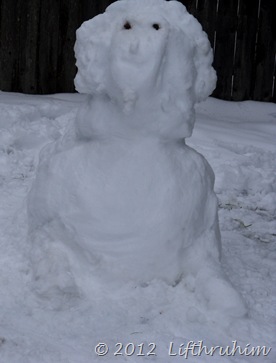 Supergirl’s favorite animal is the penguin.  The first exhibit that she wants to see is always the one with the tuxedo dressed flightless birds.  I don’t think a blog post with a theme of black and white would be complete if it didn’t include at least one penguin so here are three in one picture! 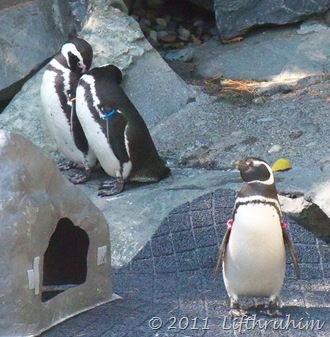 Thank you to Debbie at Debbie’s Digest for hosting Think Back Thursday!