R is for Roasted Brussels Sprouts

This past week has been R week for Blogging Through the Alphabet.  I was going to blog about Reading (and I will) but then I thought no, I’ll do my R post on Reflections.  That didn’t happen either and here it is Sunday and the last night of the R week.  So I’m making dinner.  We’re having Roasted Brussels Sprouts.  R is for a Recipe!  R is for Roasted Brussels Sprouts. 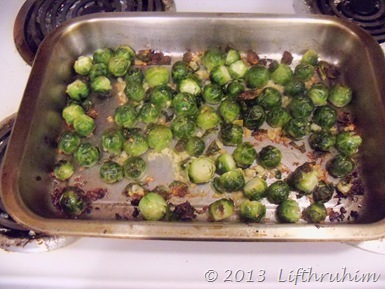 When I was a child I liked Brussels sprouts.  I also liked broccoli and cauliflower.  I knew I was weird even back then.  Nobody else seemed to like those “weird” veggies.  They all preferred corn or peas or carrots.  I like carrots.  I like green beans.  I’ll pass on the peas and corn thank you.  I grew up with Brussels sprouts.  I think my mom always bought frozen ones and she’d toss them in butter.  But then one day, I ate an overcooked Brussels sprout.  It was mushy and the texture was horrible and I couldn’t eat another one.  I just couldn’t.  Not for years.

So the years go by and my children were spared the weirdness of eating Brussels sprouts. At least they were spared for most of their childhood <insert evil laugh here>.  My husband likes Brussels sprouts. So I got brave.  I tried some.  Fresh.  Not frozen.  Steamed only.  And you know what?  They were good.  The key was to make sure you bought small ones (my husband tells me that the big ones are too woody and I think for the most part he is right) and to STEAM them just until tender.  Do NOT.  I repeat: DO NOT over cook your sprouts.  You will regret it.  But though I now I had a happy husband, I didn’t have children who were overly excited about Brussels sprouts.

Not that long ago I made a discovery.  This has changed the way my family views Brussels sprouts.   I now have children who like Brussels Sprouts.  I even have one daughter with whom I have to fight for second helpings, that is even if I have second helpings available)

This isn’t a real recipe.  This is just what I do so I’m not including any hard and fast ingredient amounts. 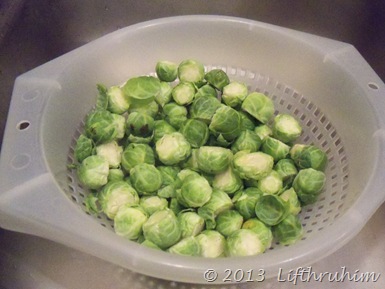 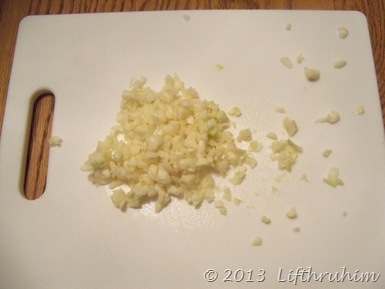 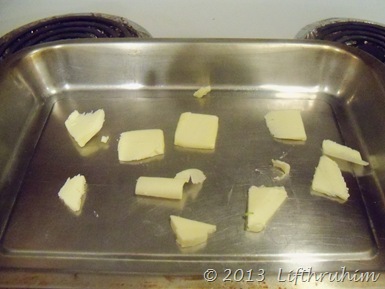 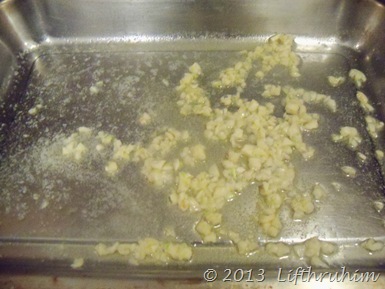 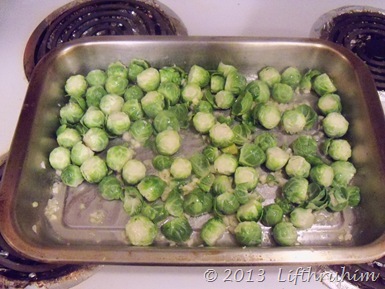 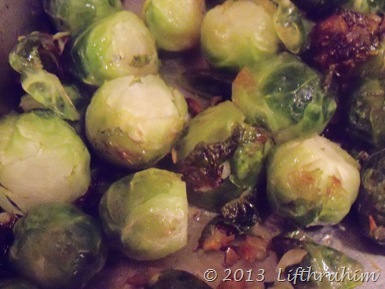 This post is linked up to Blogging through the Alphabet  hosted by Marcy over at Ben and Me.

This post is also linked up to Try A New Recipe Tuesday: