The Time When Shrimp Becomes a Vegetable 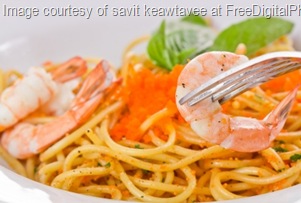 Yes, a vegetable.  At least for Eastern Orthodox Christians who observe the fast of Great Lent.  There is a joke among my friends (and other EOC) that the Orthodox define shrimp (and other shellfish) as vegetables.

Traditionally the Orthodox Christians eat a vegan diet on fasting days and during fasting periods.  That is vegan except for things “without a backbone”. There are many theories about why but I’ll just say “I have no idea.  Something maybe to do with shrimp being plentiful in certain areas? Maybe?”

Before I talk a bit more about menu plans for Great Lent (that is really my purpose for this post <grin> )  Let me say that fasting is a spiritual discipline and we do not judge one another for where we are at in this journey.  Some are not as far as I am and most are much farther along than I may ever be.  Your Spiritual Father (usually your confessor or parish priest) will give you advice.  Follow it!  Do not try to do too much too soon.

So as I start thinking about meal planning and menu making for the next two months (give or take) I am pulling out recipes that are “basically vegetarian”, “vegan” or “shrimp but otherwise vegan.”  Saturdays and Sundays are “wine and oil” days (we fast from Olive Oil and wine during Great Lent).  So on Saturdays and Sundays we can use olive oil and drink wine.  That means you could do a nice shrimp scampi kind of pasta dish and serve it with a lovely olive oil and flavored vinegar dressing and drink a glass of wine.  (Some jurisdictions make the distinction between olive oil and other oils and some do not.  The ones that do not tend to fast from all oils.  Again, follow your priest.) 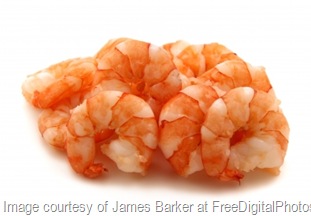 I’m planning on limiting shrimp to just once a week so that means I only need maybe 3 to 4 shrimp ideas because we won’t mind repeating them.  Whew!  Of course having a few extra in case we eat shrimp more than once in a week and in case I just don’t feel like eating Shrimp Creole again. (That’s currently the favorite way to eat shrimp around here!)

Next to Shrimp Creole, we really seem to like Sweet and Sour Shrimp which is what we had last night for the first Wednesday of Great Lent.  My daughter also suggested some type of Oriental or Asian flavored soup with shrimp.  I found two recipes for broth based soup with an Asian flair.  Neither call for shrimp but I think I would be easy enough to toss some in the pot.

If I can get shrimp on sale, we might actually eat shrimp more than once a week like maybe 3 times in a 2 week period.  That is assuming that we I like the shrimp recipes we try.  I’ve learned that if you’re going to use already cooked shrimp, add it just at the end just before serving or else you’re going to get rubbery yucky shrimp.  The downside, according to Tailorbear, is that the shrimp doesn’t get a chance to really absorb the flavor of the sauce.  (Those were her comments last night about the Sweet and Sour Shrimp.)

And I might get brave and purchase raw shrimp but only if it is already shelled, deveined etc.  If I have to clean it, I know I won’t cook it.  (I’m squeamish that way and not afraid to admit it!) But if I can find the right kind of raw shrimp that meets my squeamish test we can do some marinating recipes that would add flavor to the shrimp.  My favorite Lenten cookbook is When You Fast . . . Recipes for Lenten Seasons by Catherine Mandell.  If I get over my shrimp “thing”, there are some shrimp recipes that I could add to my short list.  Things like Grilled Shrimp or Shrimp and Tomatoes.

Maybe next Great Lent I’ll work on my other shellfish aversions.  Though I am not a fan of shrimp, I’m getting there!  And I am really thankful that this source of protein is considered a vegetable.