D is for Disney World {Through the Alphabet}

I think it was April.  It was 2008.  Supergirl had had her regular cardiac check-up.  I got a phone call a couple of days later.  Would it be ok if Dr. S nominated Supergirl for Make-A-Wish?  The nurse made sure that we knew that all the tests were fine.  Supergirl was not facing more problems. Her condition is life-threatening (and continues to be so), but she was doing great and very stable. I learned then that Make-A-Wish is not just for children with terminal illnesses but those who are fighting life-threatening diseases as well.

So Make-A-Wish foundation granted Supergirl her wish of going to Florida so that she could go to Disney World. They arranged everything from airline tickets, accommodations at Give Kids the World Village to a rental car, and even gave us a Bon Voyage Pizza Party!  You’ll have to take my word for the party though because I can’t find those pictures.

It wasn’t long before it was time to leave!  We timed our trip for early November. We even bought new luggage for the trip. Make-A-Wish arranged for a private shuttle to take to take us to the airport. 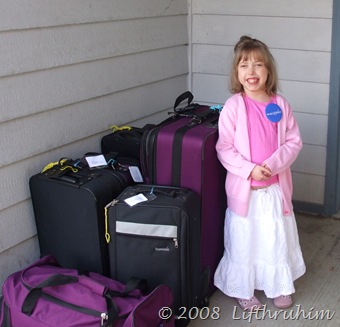 When we arrived at the airport, a volunteer guided us through security and check in.   Can you see how excited the girls were!  And can you see how tired and exhausted they were by the time we got to the rental car!  It was a very long day of travelling.  I think we left our house around 11am (give or take) (Pacific Time) and arrived in Florida around 10:30pm (Eastern time).

On our  first full day, one parent had to attend an orientation.  The other parent got to take the girls for a horse back ride!  After that we headed to Sea World. 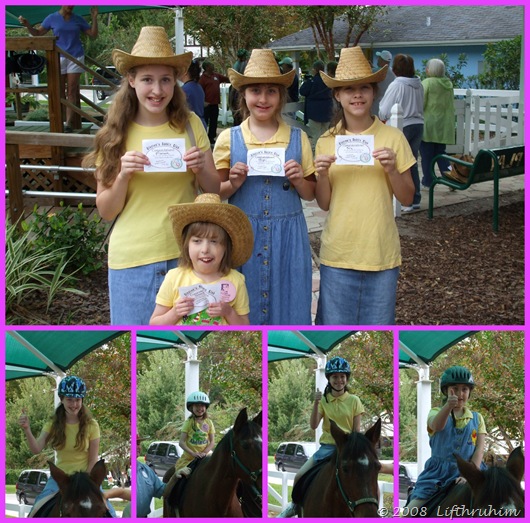 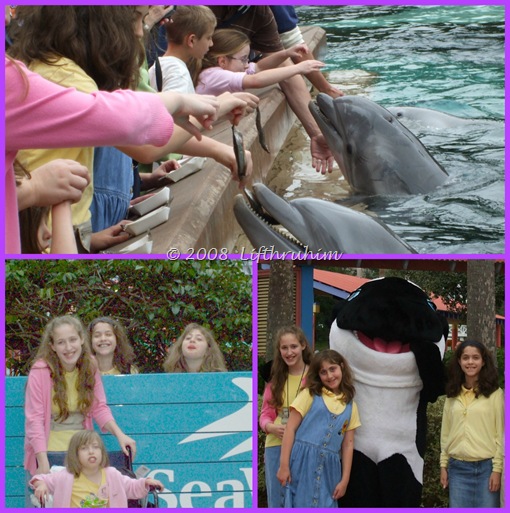 In addition to FREE tickets to Sea World, we were also blessed with enough 3-Day Park Hopper passes for our whole family to the Disney World Parks.  We divided up the days and nights and spent a little time at each of the four parks.  We rode rides and of course we met lots of fun characters! 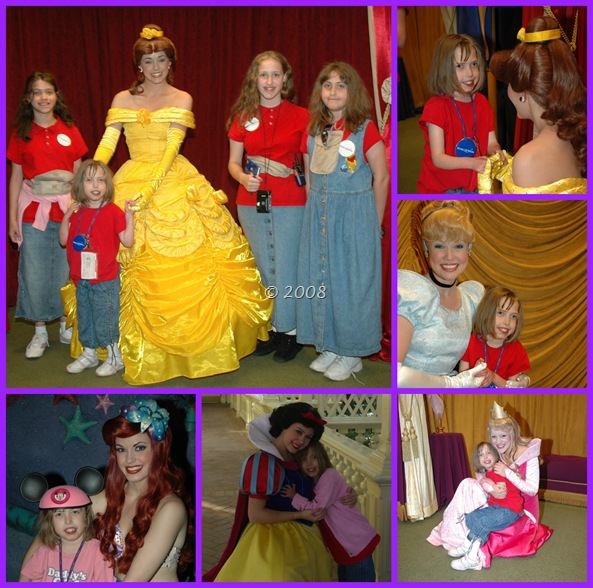 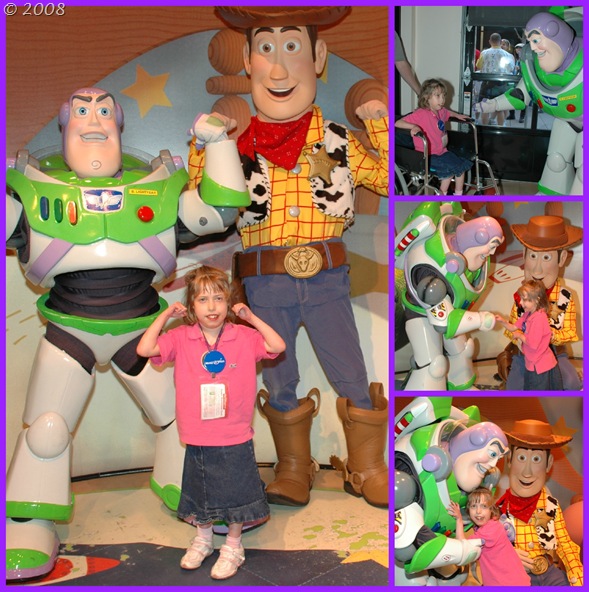 Even Give Kids the World Village arranged for the guests to meet Disney characters! And once a week Santa makes a trip.  Through GKTW, we were able to get discount tickets for a Medieval Dinner. GKTW also had fun activities on site including swimming pools, model trains and a merry-go-round. It was an amazing vacation and it gave the “big girls” and mom and dad a chance to interact with other families with special young people. We knew we were NOT alone!

Yes I have pictures of that stuff.  No I’m not including them.  I have far more pictures than I could possibly post but I will close this with one last picture collage of some of the other Disney Characters we met. 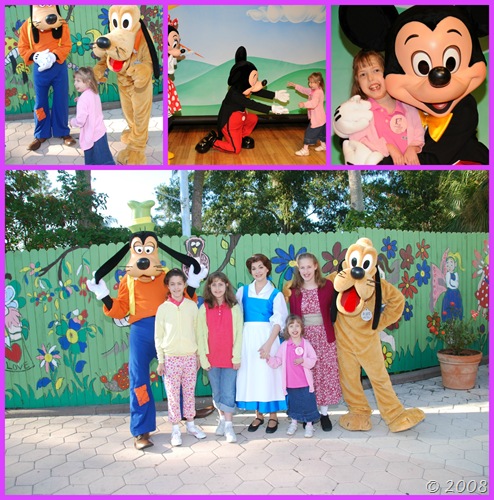