Do you remember what you were doing 18 years ago? Admittedly, I have trouble remembering what I was doing last week let alone a year ago.  Forget multiple years ago! But I do have some recollection of 18 years ago.

It was a Sunday.  Unusually hot for Duluth, MN.  And it was Father’s day.  I was waiting for my husband to get in from Fort Lewis where he was Cadre for the ROTC Camp.  He was flying in on leave in anticipation of the birth of our first born daughter.  She wouldn’t make her appearance though until the next day.

My doctor had scheduled an induction for June 19 which allowed us to contact the Red Cross and arrange for my husband to be home.  He had a well meaning Captain try to comfort us by telling us that his wife was in labor for something like 32 hours and that he had plenty of time to fly around the world and make it back in time for the birth.  The thought of a 32 hour labor was most emphatically not comforting especially not the thought of going through that without my partner!  However, hypertension, pre-term labor and other risks prompted my OB to schedule an induction.  She was actually surprised I had not gone into labor yet and did not expect that I would actually make it through the weekend to the induction.

Anyway, the captain was wrong.  My husband’s flight from Fort Lewis was longer than my labor and it’s um only 6 hour flight including changing planes at MSP.  But that wasn’t June 18, 18 years ago.  That would 18 years from tomorrow.

I don’t remember if I went to church that morning, 18 years ago.  I might have.  It would have taken my mind off waiting for my husbands evening flight.  We had not been attending this church for very long before my husband left for his temporary duty. We only had a couple of friends at that church (they were wonderful people who gave me lots of support while Honeybear was gone both before BooBear arrived and the 2 months she and I were alone.) I do remember however some of the older ladies (I think of them as the little old ladies) who would look at me and smile.  They gave me that look.  The “at least she is in church even though she is alone and pregnant” look.  I admit I must have looked like a single woman.  My wedding rings didn’t fit and I always attended church alone. Kind of hard to attend church with your spouse when he is 2000 miles away helping train ROTC cadets! I started wearing my wedding rings on a chain around my neck.

I remember it being so hot that we slept in the living room rather than the bedroom because it was cooler. That was not the summer to be pregnant in Duluth.

The next day we welcomed our first born daughter.  She looked so much like her daddy.  I wish I had a scanner or a least a digitized photo from then but you’ll just have to settle for this one from her senior picture set. 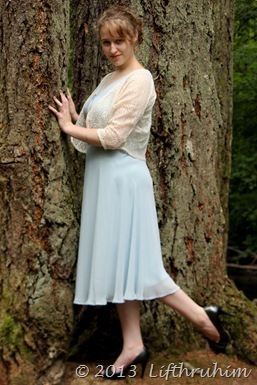