I love legal thrillers and after reading just one Randy Singer book several years ago, I quickly decided that Randy Singer ranks as one of my most favorite authors. I am pleased to review another great book from Mr. Singer. 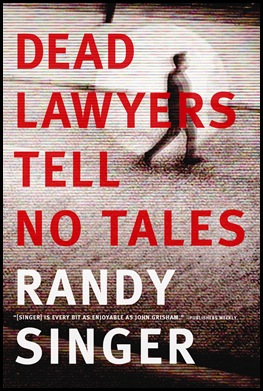 Landon Reed is an ex-quarterback convicted of organizing a points-shaving scheme. During his time in prison, he found forgiveness and faith and earned his law degree. Now he longs for an opportunity to prove his loyalty and worth. Be careful what you ask for.

Harry McNaughton is one of the founding partners of McNaughton & Clay—and the only lawyer willing to take a chance employing an ex-con-turned-lawyer. Though Landon initially questions Harry’s ethics and methods, it’s clear the crusty old lawyer has one of the most brilliant legal minds Landon has ever encountered. The two dive into preparing a defense for one of the highest-profile murder trials Virginia Beach has seen in decades when Harry is gunned down in what appears to be a random mugging. Then two more lawyers are killed when the firm’s private jet crashes. Authorities suspect someone has a vendetta against McNaughton & Clay, leaving Landon and the remaining partner as the final targets.

As Landon struggles to keep the firm together, he can’t help but wonder, is the plot related to a shady case from McNaughton & Clay’s past, or to the murder trial he’s neck-deep in now? And will he survive long enough to find out?

As with past blog tours I’ve participated,  Tyndale has a Q & A with Randy Singer. I love reading these interviews because we get a glimpse of the author’s heart and intent.  Maybe it’s the theater person in me but I love “behind the scenes” dvd extras and this particular set of questions and answers gives some “behind-the-scenes” information about Dead Lawyers Tell No Tales.  You can read all 10 questions at the media center.  I’m going to share 2 of my favorite questions: 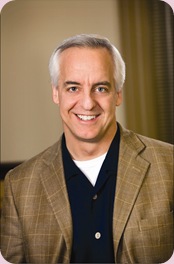 1. What was your inspiration for this book, Dead Lawyers Tell No Tales?

Two things worked together to inspire this book. First, the scandals that rocked college football in the last
few years. Have you ever noticed that when a player gets in trouble and is kicked off a team or sent to
prison, we never hear from him again? What happens to him? Are there some inspirational stories of
redemption out there? Do these young men ever discover a meaningful life beyond football?

Second was a friend of mine with a real-life story of redemption. He had committed a felony as a college
student but had become a believer while serving his time. Everyone who knew the man verified that his
life had dramatically changed while in prison. He was not just a model prisoner, but he became a spiritual
leader and a catalyst for change in others as well.

When he was released from jail, he went to law school, where he was respected by all his peers and
professors. After graduation, he applied for a license to practice law. His dramatic turnaround raised
societal questions about the restoration of rights for those who have served their time and demonstrated
that they’ve changed.

That’s when the what-ifs started happening. What if a college quarterback got caught up in a pointshaving scandal in a major football conference like the SEC? What if he went to jail and turned his life
around? What if that man became a lawyer determined to prove his integrity and loyalty to the firm that
hired him? And what if somebody had a vendetta against that firm and started killing its lawyers one by
one? That’s where this book started—on a football field, in a courtroom, in a small and dysfunctional law
firm in Virginia Beach (not mine—the one in the book!), a firm that believed in giving a changed man a
second chance, a firm fighting for its very life

5. As a writer, what did you particularly enjoy about crafting this story?

The story takes place in the legal community in Virginia Beach. In fact, the law office that Landon joins is in
the same building where my firm is actually located. How’s that for writing about things you know?
Moreover, I had some great mentors in the practice of law (I dedicated this book to them), so I gave
Landon a colorful and affable mentor as well—a crafty old lawyer named Harry McNaughten.

But ultimately this is a book about what matters most: family relationships, loyalty to our spouses, and
being changed by our faith. I loved crafting this story not just because it hit close to home but because it’s
the story of an underdog battling the giants in his life—both those of his own making and those on the
other side of his cases. And I love underdogs!

When lawyers start dying in Landon’s firm, he finds himself in way over his head with only his faith, his
family, and his best friend to help him. For me, crafting that type of David and Goliath story never grows
old.

One of the things I really love about Randy Singer books are the very short chapters.  I don’t know why but it feels easier to read.  I think it hooks me so that I want to keep reading more and more.  The short chapters do make it easier to get to stopping point when I am trying to sneak reading in and have to do mundane everyday things like laundry, cooking.

Another thing I really appreciate about his books: real characters. Yes, there will be Christians in the book.  Often the main character, such as Landon Reed in Dead Lawyers Tell no Tales, but these are not dressed up, unrealistic “saints.”  These characters have their struggles. They even sin sometimes. They aren’t perfect and I like that.  It means that maybe I can do good even if I am not perfect and struggle some times, too.

I love how Mr. Singer uses law stories to weave themes such as redemption, forgiveness, and loyalty with moral dilemmas and causes his readers to ponder, reflect and perhaps investigate questions. Perhaps, just maybe, reading Randy Singer novels has helped me to be more thoughtful and less judgmental of others.

But really, the reason I keep reading novels by Randy Singer is that he tells a gripping story. You can read the prologue and first chapter and see for yourself how Mr. Singer lures you into his latest novel.

Some links you may want to check out:

*************Disclaimer: Tyndale House Publishers  provided me with a complimentary copy of this book in exchange for my participation in this blog tour.  All opinions expressed are my own. *********

Read my other reviews of Randy Singer novels: The Judge and The Last Plea Bargain