I can’t believe it’s Friday already!  [editor’s Tess Note: Ok so I started this on Friday and I finished it on Saturday.] This week has flown by but that’s because:

1. This week we had 3 doctor appointments, 1 dentist appointment, 1 final piano lesson and that was all just Monday-Wednesday.  One of the doctor appointments was a follow up for Turtlegirl because of her dislocated jaw, another was to get immunizations updated and certified for the college bound kid.  (It’s really real, isn’t it?  She really is starting college in the fall!), the third doctor appointment was really a spur of the moment since Honeybear was already there he talked to the doctor about some concerns with his bp and pulse.  He doesn’t see the cardiologist for a couple more weeks.  So our family doc squeezed him in right there on the spot and did some medicine adjustments.

2. We’ve harvested peas twice this week.  I used the first picking in hamburger gravy last night. I don’t usually put peas in my hamburger gravy but these peas were a few days old and I *needed* to use them.  I had planned on using them in Tuna Macaroni Salad but that didn’t happen.  Yesterday’s pickings looks to be enough for TWO meals.  We’ll use some in tonight’s veggie sweet and sour stir fry.  I have to figure out what to do with the rest.  I think I need to learn how to freeze peas! 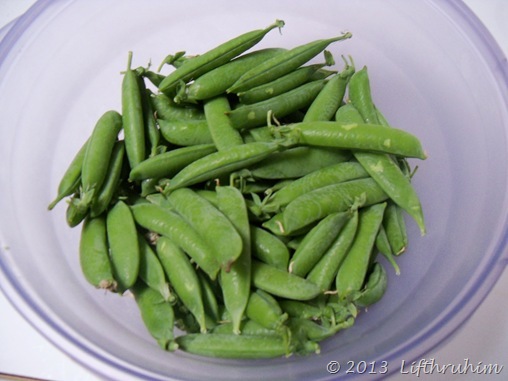 3. Honeybear is now officially on Furlough (Government Sequester thing) and it started this week.  He was off on Monday.  He had last Thursday and Friday off so it was a VERY long weekend.  He’ll be off an average of 1 day per week.

4. I love my backyard.  Though we live in a subdivision our backyard borders a forest. I love the view we have :D 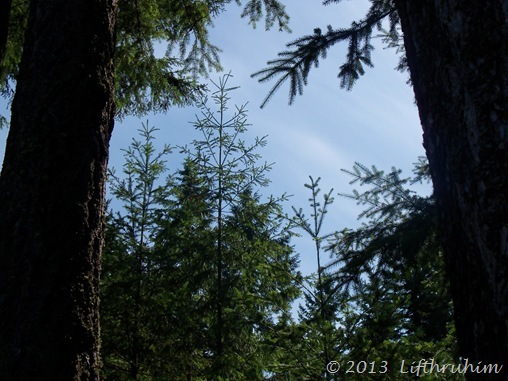 5.  Related to loving my backyard:  We have some wild blackberry bushes.  Blackberry bushes always makes me think of visiting my grandparents in Kentucky.  The road to their house (dirt road, like a long private driveway) was lined with wild berry bushes.  Mostly blackberry but also raspberry and other berries. If it was the right season when we visited we would just roll down the windows and pick berries as we slowly drove towards grandma’s house!  It looks like we’ll have some blackberries from our yard later this summer! 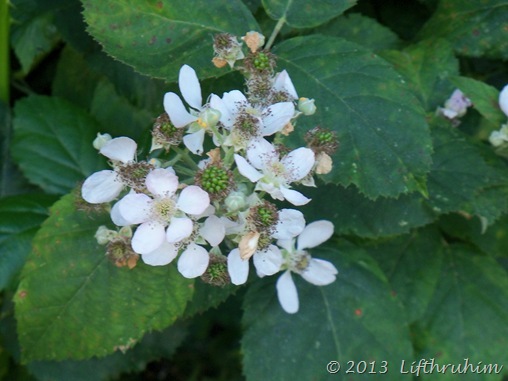 Linking up with Miranda over at The Pebble Pond! It’s fun come join us!