F is for Food {The Holidays are coming!}

Today in the van we started discussing our Thanksgiving menu. It seems like I make the same things every year. I thought maybe we could change things up a bit.  Try something new or different.  Nope.  There are certain food traditions that must be adhered to or else apparently it just isn’t Thanksgiving at our house. 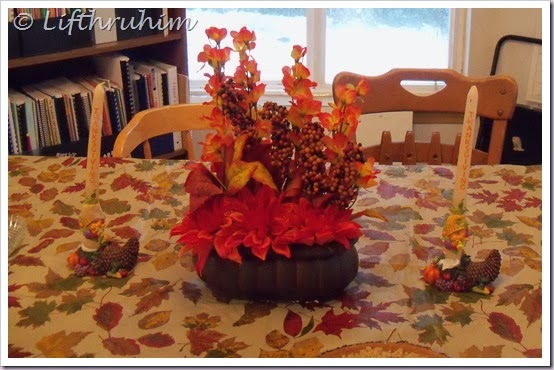 I guess I can relate to my children.  There were certain foods that my mom always served on Thanksgiving and if those foods were not on the table then it couldn’t really be Thanksgiving, right? Right!

My mom always served turkey, stuffing, mashed potatoes, gravy, brown and serve rolls, this candied yam with marshmallow thing [it was so not my favorite but it was my sister’s favorite], cool whip with fruit cocktail salad thing [always a big hit with children] and pie, usually pumpkin.  Some years she baked the pie and some years she bought the pie but we always had pie. We also always had a “relish tray” with different kinds of pickles and olives. Thanksgiving would not be complete though without the canned jellied cranberry sauce.  I do remember at some point trying to encourage my mom to serve things like vegetables like broccoli with cheese sauce.  I think once or twice we had some corn but otherwise I just don’t remember veggies gracing the dinner table.  In later years, mom stopped with the brown and serve rolls and started buying those crescent rolls in a can. I loved those!

So what foods do my children expect at Thanksgiving?

Well for starters they expect caramel or cinnamon rolls or a breakfast casserole for breakfast.  Though this year we’ll have to break tradition.  I have no idea what I’ll make but Cream Cheese & Bacon Scrambled Eggs might be a possibility.

We tend to eat later in the afternoon around 4pm though it varies anywhere from 3pm to one year we ate as late at 6pm!  I don’t bother making a true lunch but I do make sure to have plenty of “snacks” on hand.  I set out a relish tray with several different kinds of pickles and two or three different kinds of olives. Sometimes I have a spinach dip with bread or crackers. We always have stuffed mushrooms and home made Chex mix.  I’m really surprised that we are ever hungry for the main meal!

So in the van I heard these dishes proclaimed from the back seats:

Not too much different than the staples I had growing up.  I had never ever had green bean casserole until I had it at my brother-in-law’s house. I decided I loved it.  I don’t know if Honeybear grew up with it at Thanksgiving but the green bean casserole is a nod to his family’s tradition as is the cranberry relish.  My father-in-law actually taught me how to make cranberry relish.  It’s yummy, especially when you spread it on turkey sandwich the next day! 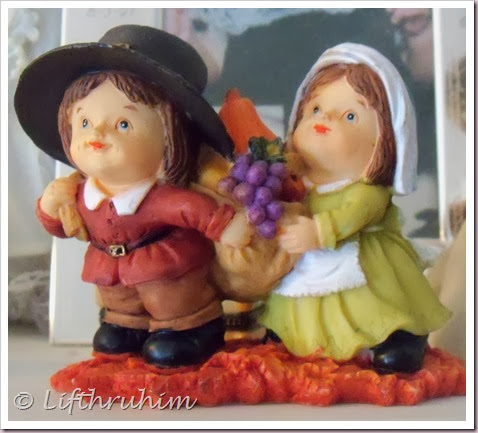