Five Not So Random N Things

I’ve decided to combine the Random Five on Friday meme with the ABC Blogging meme.  I came up with Five Not So Random N Things. 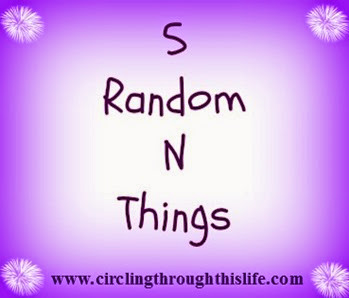 2. St. Nicholas ~ When thinking about Christmas it is hard to not think about Santa Claus. Santa means saint and Claus is short for Nicholas. Santa Claus but the American Legend of Santa Claus has very little resemblance to the very real man (whose life is shrouded in legend) who is known as St. Nicholas.  He was a Bishop of Myra.  His feast day is celebrated December 8th but he is also honored every single Thursday. Personally, I like the racy story of him decking Arius at the first Ecumenical Council. Arius was pushing for the idea that the Son was not equal to the Father.  This council produced the Nicene Creed which Orthodox Christians continue to chant during every Divine Liturgy.

3.  I mentioned the Nicene Creed so now I have to talk about it don’t I?  It was refined in 381 AD.  There is some controversy between the East and the West.  Yes, that is an understatement.  I’m just going to post the 381 AD version and you can read up on the controversy from more learned and experienced folks.

We believe in one God, the Father Almighty, Maker of heaven and earth, and of all things visible and invisible;

And in one Lord Jesus Christ, the Son of God, the Only-begotten, Begotten of the Father before all ages, Light of Light, Very God of Very God, Begotten, not made; of one essence with the Father, by whom all things were made:

Who for us men and for our salvation came down from heaven, and was incarnate of the Holy Spirit and the Virgin Mary, and was made man;

And was crucified also for us under Pontius Pilate, and suffered and was buried;

And the third day He rose again, according to the Scriptures;

And ascended into heaven, and sits at the right hand of the Father;

And He shall come again with glory to judge the living and the dead, Whose kingdom shall have no end.

And we believe in the Holy Spirit, the Lord, and Giver of Life, Who proceeds from the Father, Who with the Father and the Son together is worshipped and glorified, Who spoke by the Prophets;

And we believe in one, holy, catholic, and apostolic Church.

We acknowledge one Baptism for the remission of sins.

We look for the Resurrection of the dead,

And the Life of the age to come. Amen.

4.  Nocturnes~ This service is often called the Midnight Office.  I only know of one time that Nocturnes is chanted in a parish but I read that monks pray the Midnight Office.  I familiar with Nocturnes because it is the last service before Pascha.  It is served at my parish at 11:30pm Holy Saturday and is immediately followed by the giving of light and the procession which leads into the Paschal Matins.

5.  Saint Nina or Nino ~ She is known as the Equal to the Apostles and Enlightener of Georgia.  No not the state, the country. Some sources have her listed as Nina and some as Nino.  She is said to have had a dream in which the Theotokos (Virgin Mary) told her to go to Georgia. In the dream the Theotokos gave her a cross entwined with grape vines.  When St. Nina awoke the cross was in her hands! For an amusing account of St. Nino’s live check out the Onion Dome January 14 Saints of the Day. For a more academic look I give you St Nino (Nina), Equal of the Apostles and Enlightener of Georgia from the Orthodox Church In America (OCA) website.