I’ve been very quiet on my blog lately. I’ve got several post ideas and lots of rough drafts started but I’ve found it difficult to make the the time and sit down and blog as frequently as I would like. It’s a simple reason:  I’m consumed with health and nutrition.

My health has been slowly declining over time but I’ve ignored it. I thought if I pretend the symptoms aren’t there then I could pretend I wasn’t really facing major health issues. I’ve been lying to myself.  It was ok.  It was just me. It was just my health. Not the health of my husband or my children.

Sure we’ve been dealing for 17 1/2 years with a family member with chronic illness and a life-threatening cardiac condition. She pretty much came that way so I think I just accepted that this what it is. Yes in some respects the journey to thinking about the connection between what we eat, nutrition and health began with understanding that this little bundle has an immune system that doesn’t quite work like the rest of us. Bacteria? No problem.  Bring it on.  She’s as strong (or as weak) as anybody else when it comes to bacterial infections but a virus? Well, that’s when we get to witness how ineffective her immune system really is but that is really a separate topic.

We started following a more whole foods/real foods approach when I was pregnant with Tailorbear. We switched to whole grains and brown rice. I eliminated lot of the processed food and I switched over to using cane juice crystals and honey instead of sugar. We still ate junk but not as much.

Then circumstances changed and I started allowing more and more processed foods into our diet. Finances changed and I stopped buying the more expensive higher quality whole foods. It didn’t seem like such a bad thing then but looking back it wasn’t such a good thing either. 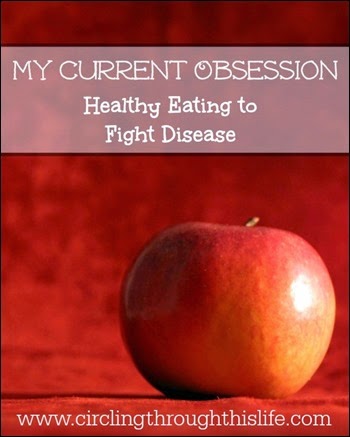 In June 2013 our world was rocked when Honeybear had a mild heart attack. We got more serious about our health and started baby stepping our way back to a better more whole food, real food approach.  We started canning our own food.  We shopped at the Farmer’s Market for better produce. We still ate way too much processed junk though.

In March 2014 I crossed from pre-diabetic to diabetic but I buried my head in the sand. I made a few changes but nothing major and most of the time I was in denial. In November of 2014 I could not deny it anymore.  I am sick of living in pain.  Sick of having no energy.  Sick of feeling yucky and I had to face the reality that I am diabetic.

I knew I had to make serious changes to the way I ate but it was the week of Thanksgiving!  I did though make some baby steps and managed to make it through the weekend.

But but but our world rocked again.  Honeybear had some blood drawn for a regular follow up cardiology appointment.  His blood sugar was high.  We tested it with my brand new meter on Saturday after Thanksgiving and it was a whopping 268!  He called the doctor on Monday and came home with his own diabetes diagnosis and his own matching glucose meter.  His and Hers the doctor said.

So I’ve been spending my days trying to understand all the little things that affect blood sugar. I’ve become quite good at pricking my finger.  Honeybear has gotten good at pricking his finger. At least neither of us are on insulin.

Since that Monday that Honeybear learned he had uncontrolled diabetes we’ve made huge changes in our diets. We still have more that we will be making as we learn more. There’s still too much junk and processed food in the girls’ diet but that is slowly changing as well.

I plan to blog about our changes and about what I’m learning. We’re following the basic premise of Trim Healthy Mama along with some Paleo Diet principles so watch for blog posts with more of a health focus. I’ll still be blogging about other areas of our life and faith and homeschooling. I will still be blogging reviews but I am obsessed with understanding our new diagnoses.