This is it!  The last Random Five on Friday for March!  My random thoughts this week actually cover more than a week. 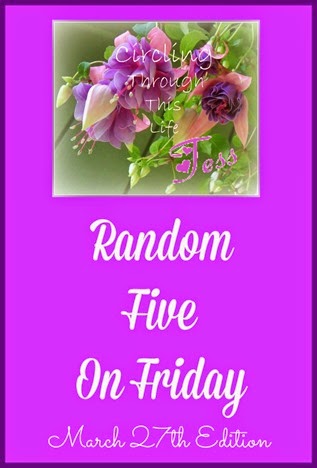 1. A few weeks ago Honeybear and I were given tickets to the ballet. Our friend has season tickets and she was unable to use these tickets so she gave them to us to enjoy.  This wasn’t a traditional ballet that told a story but rather three sections of dances. The first two sections were comprised of a series of dances. The third piece was a very modern and long piece that displayed the grace and beauty of ballet technique while invoking raw emotions. I thought of it as a blending of modern dance and traditional ballet. I enjoyed it. I found the pieces thought provoking. Some individual pieces I disliked as they stirred up thoughts of dystopian literature and I dislike dystopian literature. Another piece evoked images of both marriage and our synergetic relationship with God. Not that we help God but rather that we are entwined with God the more we act on faith the more He gives. I found that piece both beautiful and traditional.

2. Tailorbear turned 16!!!  She wanted to bake and decorate her own cake.  She baked the cake from scratch. It was NOT from a box mix!  I did encourage her to use store bought frosting. I think she did a fantastic job for never ever doing it before. Some more practice and look out world she’s going to have some beautiful cakes!  (She gave me permission to share the photo I took!) 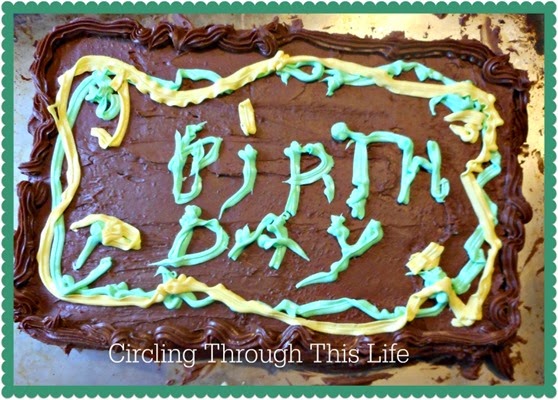 3. Supergirl has been slowly, while I wasn’t watching, make some huge developmental leaps with school. We started reviewing a product that includes some cutting and pasting and she needed very little help with cutting and only need the glue stick uncapped. She’s also doing more independent writing as copy work.  She’s even able to read words I didn’t think she knew!

4. Lawn mowing season has started. Honeybear did the first-time-of-the-year lawn mowing of the front yard this week.  This weekend we’ll tackle the back yard.  Tailorbear wants to plant flowers.  Here in our area lawn mowing begins in March and might not end until November. Our neighbor has a lawn care service.  They’ve been coming for the last two weeks at least. I really don’t like Saturday mornings. I don’t like being woke up by the lawn mower.

5. Next week Lent ends.  Unlike the Western Church though, we’ll still have another week before Pascha.  You know it’s getting close when your children start telling you how they dream of Pascha foods!