Grief is strange.  It’s been just over 12 years since my father died.  Some years, I make it through the anniversary of his death with little difficulty.  Sometimes it hits me all over again that he’s gone and I grieve as if the wound was fresh and new. 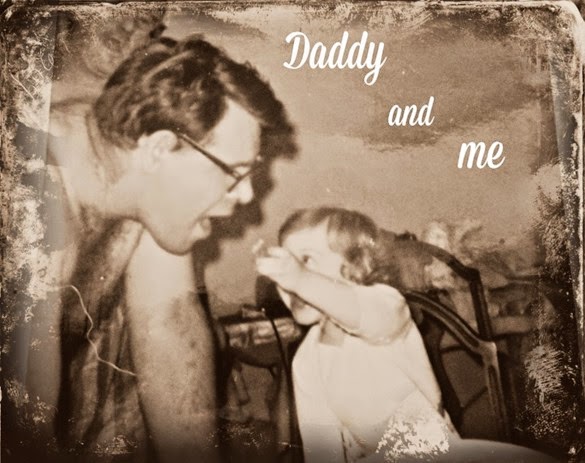 He could be such a difficult man to live with.  I’m not sure how Mom managed it, but she did.  They were married for 37 1/2 years before he died.   Last month would have been their 50th wedding anniversary.  I know Dad would have attempted some sort of huge party to honor Mom.  They did have a big to do for their 17th anniversary.  It was a big deal for my sister and I so we threw them a surprise party.  We had some help from my grandma W and some help from a couple who were good friends with my parents. I can still see the look on Dad’s face.  Shock, fear, amazement, and love.  He came up the back step, saw the people in the house, turned around, walked away and then came back.

He loved surprising people. At Christmas time he would be like a little kid with his excitement. He would be the one begging my mother “let the girls open one more gift” on Christmas eve. He had the annoying habit of telling me that I couldn’t have something or that there was no way he would get it for me and then surprising me at my birthday or Christmas with the very thing I wanted so bad but had been told I couldn’t have.  (A guitar one year, a “letter jacket” another and one year he even gave me this electronic keyboard that I still have.  It had the ability to record music digitally that I could play on the keyboard. It was really cool!)

Today he would have been 79 and if he was able, tomorrow he would start hinting that we need to throw him a party for his 80th birthday.  He’d already have been bugging me about plans for mother’s birthday.  She’ll turn 75 in January.

Happy Birthday, Daddy.  May your memory be eternal!