Some Anniversaries Are Just Not Fun

Today is the 2nd Anniversary of Honeybear’s heart attack. Life has slowly returned to a new level of normal. It’s almost as if it didn’t happen. I don’t think about it all the time. I got lulled back into a sense of complacency and forgot how emotional and scary it was. 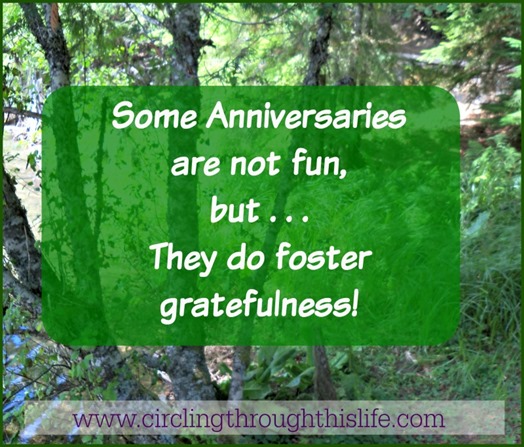 And then, I had reason to be at the hospital and it all came rushing back again. Supergirl was scheduled for an MRI (long story maybe I’ll blog about it some other time) and we had to walk through the cafeteria to get to the hallway we needed. Just walking through the cafeteria brought back a flood of memories.

That wouldn’t have been so bad, just walking through the cafeteria but when we arrived at the waiting room for Supergirl’s MRI procedure, I realized we were right next door to the waiting room where I sat and waited while Honeybear had his heart catherization. That same waiting room also has the entrance to the cardiac ward where Honeybear spent a couple of days after being moved out of the ICU.