I know. I know.  I did it again.  The meme is called Random Five on Friday and today is Saturday. So let’s just jump to the five random thoughts. 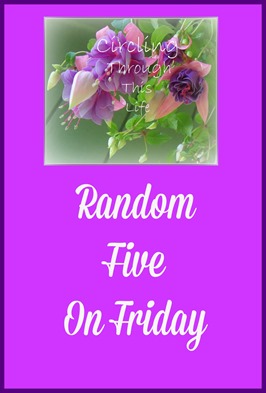 1. I kept meaning to write a blog post because this really is worthy of a it’s own special post but . . . drumroll . . .  A couple of weeks ago,  Supergirl picked up a Bob Book from the pile on the table and began to read it.  She was so thrilled that she could read a book. Yes it was one of the early ones from the first set but it was the first time she had ever willingly picked up a book and could actually, truly read it with no help from mom.

2. Supergirl has also started helping more and more in the kitchen.  At first it was just measuring the oats and the water to help mom make oatmeal. Then it was realizing she could butter toast.  She is very short and struggles with fine motor skills. It sounds easy to butter toast but it isn’t so easy when you have so much going on or not going on for you. I am sure she could have buttered toast awhile ago but it just isn’t something we’ve allowed her to do because usually we’re making a lot of toast for 6 people and having someone with faster, more coordinated abilities buttering the toast means the toast will still be hot enough for the butter to melt.  And it means that we won’t need 2 pounds of butter for one meal.  Supergirl uses a lot of butter on toast because she isn’t as practiced yet at the skill of grabbing just what you need with the knife and spreading it quickly and evenly.  She’ll get there though.  In the meantime I’m glad she’s giving toast for breakfast a break. She had to have toast with her breakfast every day for several days just so she could butter it.

3. Supergirl is not the only one doing new things. Tailorbear is really blossoming with her kitchen skills.  Unfortunately for her parents, Tailorbear has mastered chocolate chip cookies.  Granka would be proud! The other day she even let Supergirl help.  Supergirl got to crack the eggs and measure out the chips.

4.Tailorbear has become my right hand in the kitchen and has started making most of our dinners.  We work together on planning meals or least brainstorming together. One of her first meals was a “cheater Salisbury steak”.   (Grill or fry hamburgers until done, sauté mushrooms in butter, make a brown gravy from a packet. It’s not from scratch, it’s not really healthy but it is quick, easy, and tasty.  Time was at a premium.) 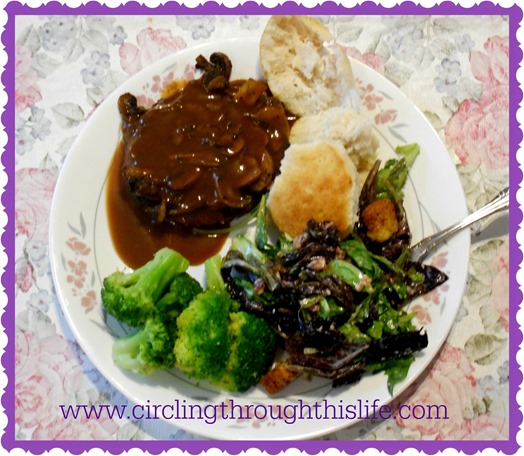 5. Tailorbear may have made a cheater Salisbury Steak but last night she made a very real, from scratch, homemade pizza.  Well four of them actually.  She followed her father’s instructions and recipe for the pizza crust and she invented a pizza sauce using organic home canned tomatoes and organic store bought (Costco) tomato paste. She planned the whole thing and did the whole thing.