A is for Adventure

A is for Adventure. It’s also for Alphabet Blogging. This week my friends Cristi and Meg have started a fresh new round of blogging through the alphabet. So without further ado (see another A word!) here’s my A is for Adventure or Let the Adventure Begin! post! 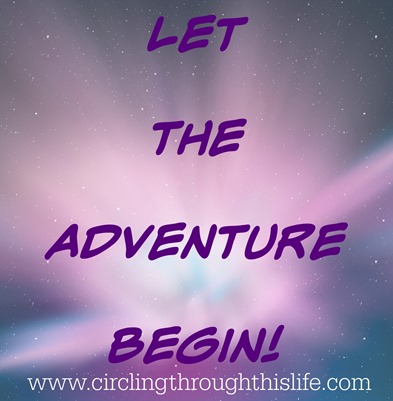 It’s completely and totally official.  The Adventure has begun!  What adventure? I’ve actually mentioned it a couple of times when I talked about How Much I Love the Crew and hinted here and there.

I should say a new adventure has begun! This reviewing gig with the Schoolhouse Review Crew actually began sometime in 2009 when Debra started reviewing for the crew and would tell me all about the products she was using. And in the spring of 2010 she convinced me that I needed to be a part of this amazing group of ladies.

In June of 2010 I came on board and wow! I have lost count of the different vendors and products I have been blessed to review over the years. I think I’ve written over over 200 reviews for the Crew. I really do not believe I would have been able to provide such an amazing high school education for BooBear. Turtlegirl is studying Russian and French.  Never would have happened without the crew. Tailorbear? She’s been discovering that studying literature isn’t such a bad thing.  And Supergirl? No way would I have been able to try all these different Language Arts and Math programs and learned so much about how she learns and what her strengths and weaknesses are.  Because of the Crew I can take a bit from this program and put it with a bit from that program and create something that works for her.

But as the 2015 Crew Year winds down, I begin a new chapter. I embark on a new adventure! I am part of the brand new five person leadership team. This Crew Leadership gig is a new adventure for me. It’s thrilling and exciting and a tiny bit scary too. I’m a little bit sad about not regularly reviewing products anymore but super excited to be part of the Crew Leadership. We’ve already been talking and planning and praying and 2016 is going to be an amazing year!

Check out this week's letter!