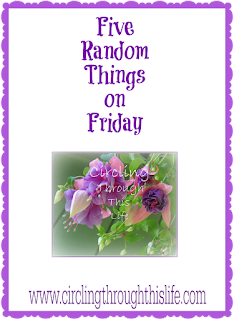 1.  Supergirl has been busy working on some foundational skills in phonemic awareness and handwriting with Foundations A from Logic of English. She's also learning on the sounds of phonograms. So when we learned the sounds of the letter a, we learned all three.  Instead of waiting to learn the soft sound of "G" we're learning it at the same that we learn the hard sound /g/ for gate and /j/ for giraffee. I'll be posting a review next week.

2.  Tailorbear just celebrated her 17th birthday.  Unfortunately, she's been sick and spent her birthday morning at urgent care getting treatment for a severve ear infection.  She's quite sick of being sick and today is doing much better.  She got a digital drawing tablet that works with her lap top and that's given her something to do when she is not sleeping.

3. Today is the Annunciation.  Supergirl asked what was so important about today and I said today is the day that celebrate that the angel Gabriel told Mary she would have a baby.  She said "Again??!"  Boobear responded with "Yes.  We do this every year."  I'm not sure why Supergirl kept stating again. Just to be safe, I decided it would be a good idea to make sure she knows that Mary isn't having another baby.

4.  2016 is flying by so fast.  If only time would move as slow as it did when I was a little girl.  Here we are nearing the of March and the first quarter of the year is gone!  Pascha is just about as late as it can be this year so we're just entering Lent.  I don't know if that is affecting how I perceive time.  The Western Church observes Good Friday today and will Celebrate th Resurrection on Sunday.  On Sunday we'll be ending week 2 of Great Lent.

5.  I need to do a separate post on what I've been reading.  I did just finish Before I Wake by Dee Henderson.  I don't think I want to write a whole separate post on that book but I just have to tell somebody, so dear readers, you are the somebody.  That book left me unsatisfied.  I can't say that I didn't enjoy it.  I have read other Dee henderson books so I was excited to read this one, but but but . . . I am hoping it becomes a series because it ended with too many loose ends for me.

Have you been using new curriculum in your home school?  What books have you read lately?