Showing posts from December, 2017
Show all

Where have I been? A Random Five style Update

- December 15, 2017
I know I've been missing.  I only wrote a handful of posts in 2017 and most of those were reviews I wrote for the Homeschool Review Crew. I mostly blamed my blogging silence on being too busy.  But I think the real reason goes much much deeper. 2017 was a hard year for me.  Harder than I want to admit. And it was busier.  Yes I was very busy with homeschooling and doing the Crew but the busyness of 2017 was different.  Harder.  It's taken so much more out of me. I'd be lying if I didn't say that I was worried about 2018.  The new level of normal busyness doesn't seem to be slowing down at all but I'm hoping I can learn to manage it better. In the style of Random Five on Friday here's a rundown of what's happened in the last year: 1) December of 2016 ~ very near the end of the month, my older brother passed away.  I intend to blog about this sometime maybe. 2) Supergirl got very very very sick. She was diagnosed with Protein Losing Enteropathy
3 comments
Read more 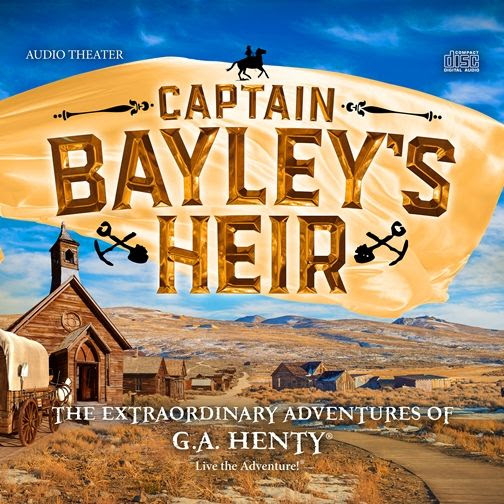 Have you heard of Heirloom Audio Productions ? If you are a regular reader of my blog you may recognize the vendor name.  My family first encountered these fabulous audio dramas when we reviewed In Freedom's Cause .  I also reviewed Beric the Briton on my blog. We've also enjoyed several titles such as In the Reign of Terror and The Cat of Bubastes.  This time we received Captain Bayley's Heir . Confession time!  As much as I have loved Beric the Briton and Cat of Bubastes from Heirloom Audio Productions I wasn't too sure about Captain Bayley's Heir.  You see it is set in the Wild West of America and I'm not terribly fond of that time period.  Mostly because of all those old Western movies my dad would watch. But I was pleasantly surprised to find myself not only enjoying this new title but shocked when I discovered that it has become my favorite one! Here is a short summary of the story from Supergirl: The story is about Captan Bayley's Heir.  Th
Post a Comment
Read more
More posts